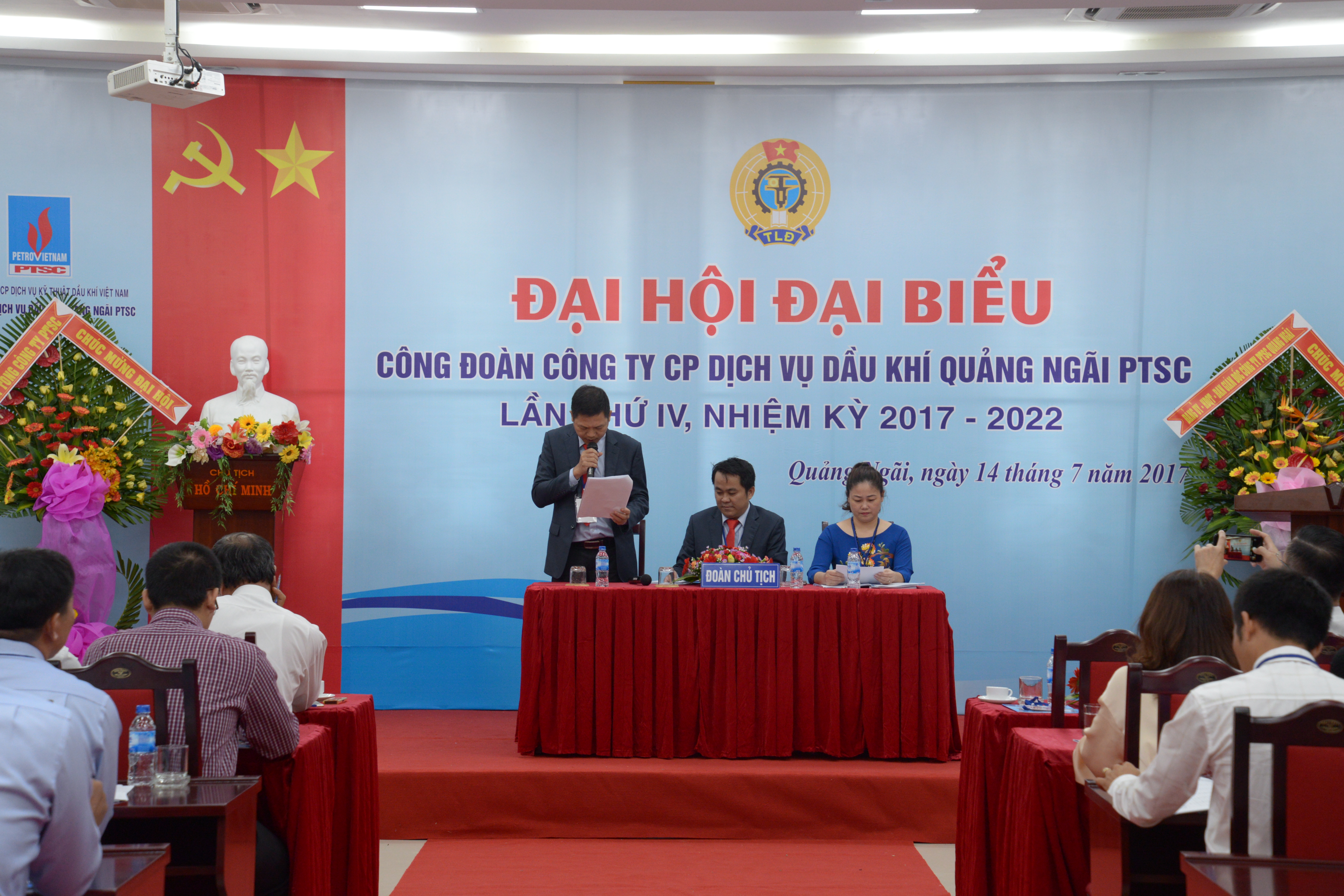 In the years of 2012-2017, the Company encountered many difficulties and challenges in production and business activities, but with the traditional spirit of solidarity, enthusiasm, dynamism, creativity and kindness, the Company’s employees have promoted all available abilities, determined to overcome difficulties and challenges. The work of caring for the spiritual life of the workers has always been highly appreciated by the Company, mobilizing the employees to participate in all funds mobilizing for the Oil and Gas Mutual Assistance Fund, the Child Protection Fund, the Fund for the Poor, and the Fund of Gratitude. The emulation movements “Studying and following the moral example of Ho Chi Minh”, emulation of creative labor, Kaizen improvement in years have been strongly implemented. Typically, in 2016, there were 706 Company-level initiatives, 81 Corporation-level initiatives being recognized and appreciated. The company was awarded the title of typical enterprise of Quang Ngai province in 03 consecutive years of 2012; 2014 and 2016.

Contributing opinions at the Congress, Mr. Pham Van Hung – Director of PTSC Quang Ngai shared: “With the orientation of sustainable, strong and fast development, we need to propose 5 groups of positive solutions as follows: Firstly, paying special attention to human factors, ensuring health and qualifications, handling how to promote the entire forte of employees, increasing labor productivity to bring high efficiency for the company; Secondly, it is necessary to develop a sustainable management system, to control legal, financial, safety and quality risks in all company activities; Thirdly, material and financial facilities must be effectively exploited and invested in the development orientation of the Company in the coming time; The fourth is continuous improvement and the fifth is initiative, application of mechanization, automation and digitization in production and business activities. Those are 5 solution groups that our company always pays attention to. Thus, the problem is that the Trade Union and the authorities participate with the above measures to increase efficiency, meet the requirements of workers, legitimating protection of workers’ rights to maintain cultural life, practicing thrift, fighting against corruption and wastefulness, organizing practical and effective emulation in the next term”. In particular, the Congress was heard the direction of Mr. Nguyen Tran Toan – Vice President of PTSC’s Board of Directors, Chairman of PTSC’s Trade Union, Chairman of PTSC Quang Ngai’s Board of Management emphasized that, the Trade Union of company needs to do better the work of political and ideological education for employees besides what have been done, paying special attention to and maintaining a cultural lifestyle, practicing thrift, fighting against corruption, waste and organizing the distribution of practical and effective emulation. In the coming term, activities must have a specific amount, continuously stabilize Trade Union organization, do well in education propaganda, develop union members, mobilize union members to actively study and perform well Periodic dialogue according to regulations in order to receive and resolve ideas about the spiritual life, material, policy, employment and aspirations of those who work, actively taking care of the lives of employees and building a cultural lifestyle, solidarity throughout the Company. 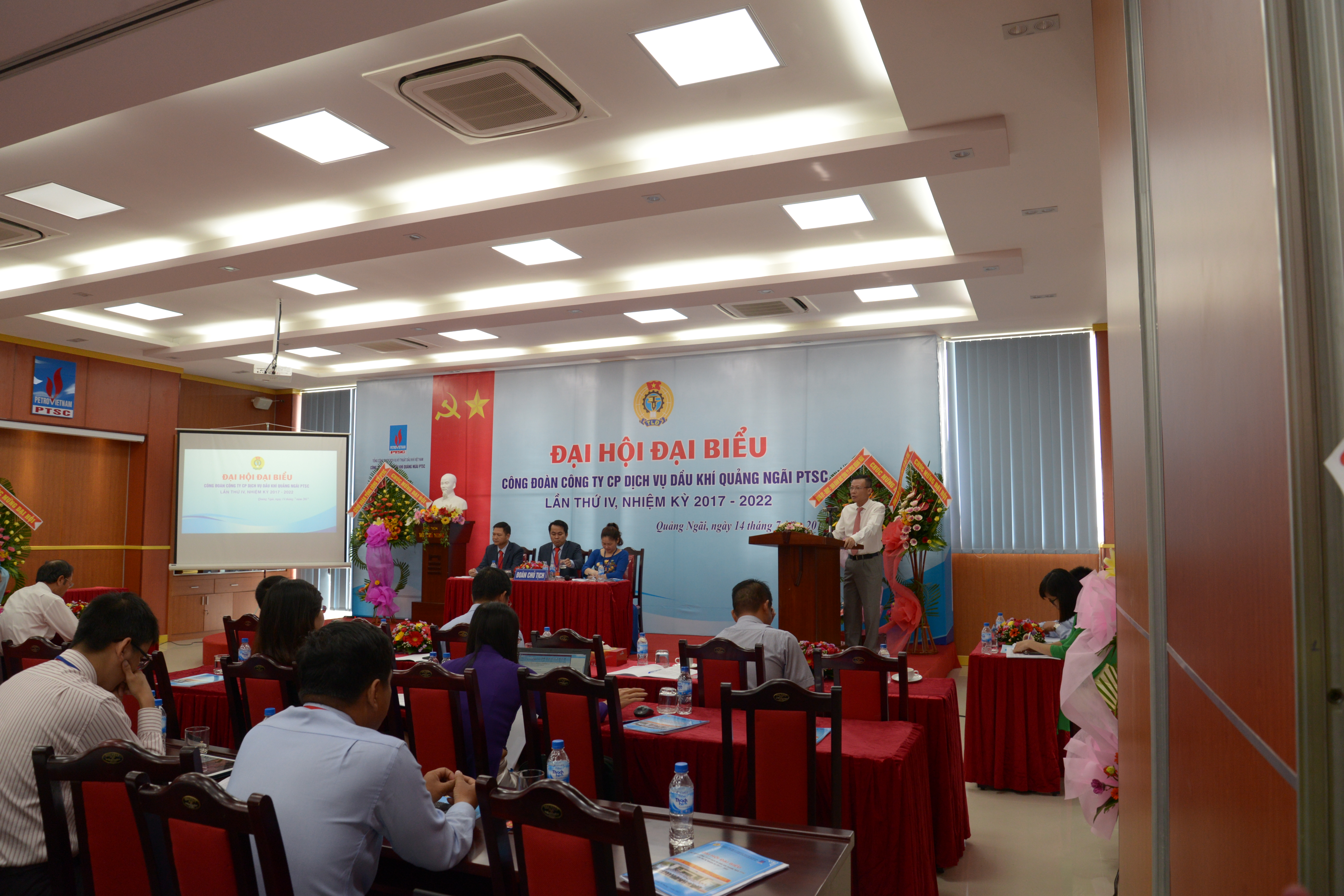 After more than 3 hours of urgent, democratic and serious working, the Congress ended successfully. With a high sense of responsibility, the Congress trusted to elect 11 members to the Executive Committee of the PTSC Quang Ngai’s Trade Union for the term of 2017-2022 and elected the delegation including 07 comrades to attend the Congress of PTSC’s Trade Union.

Hereby the Executive Board of Trade Union of PTSC Quang Ngai, tenure 2017-2022: 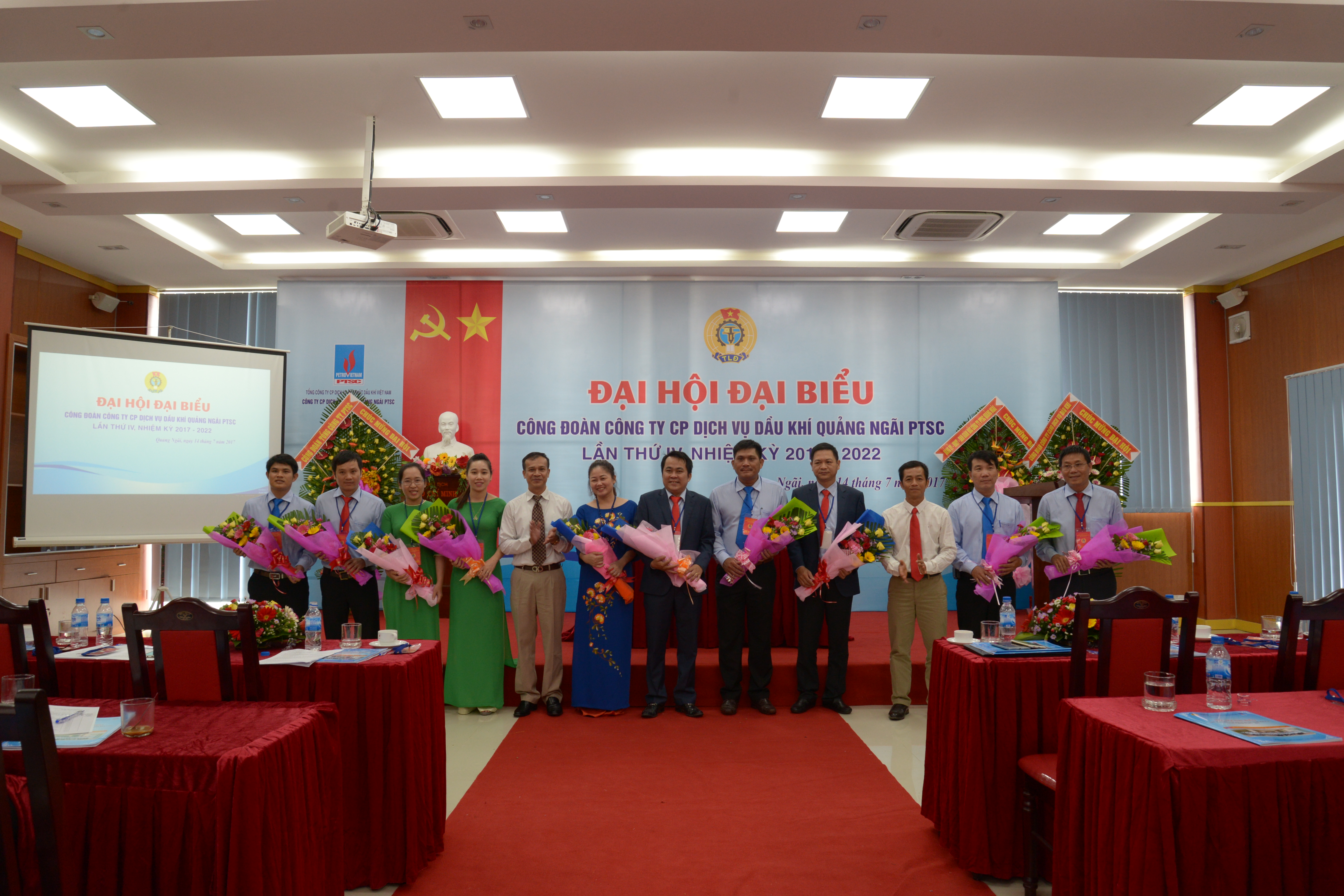 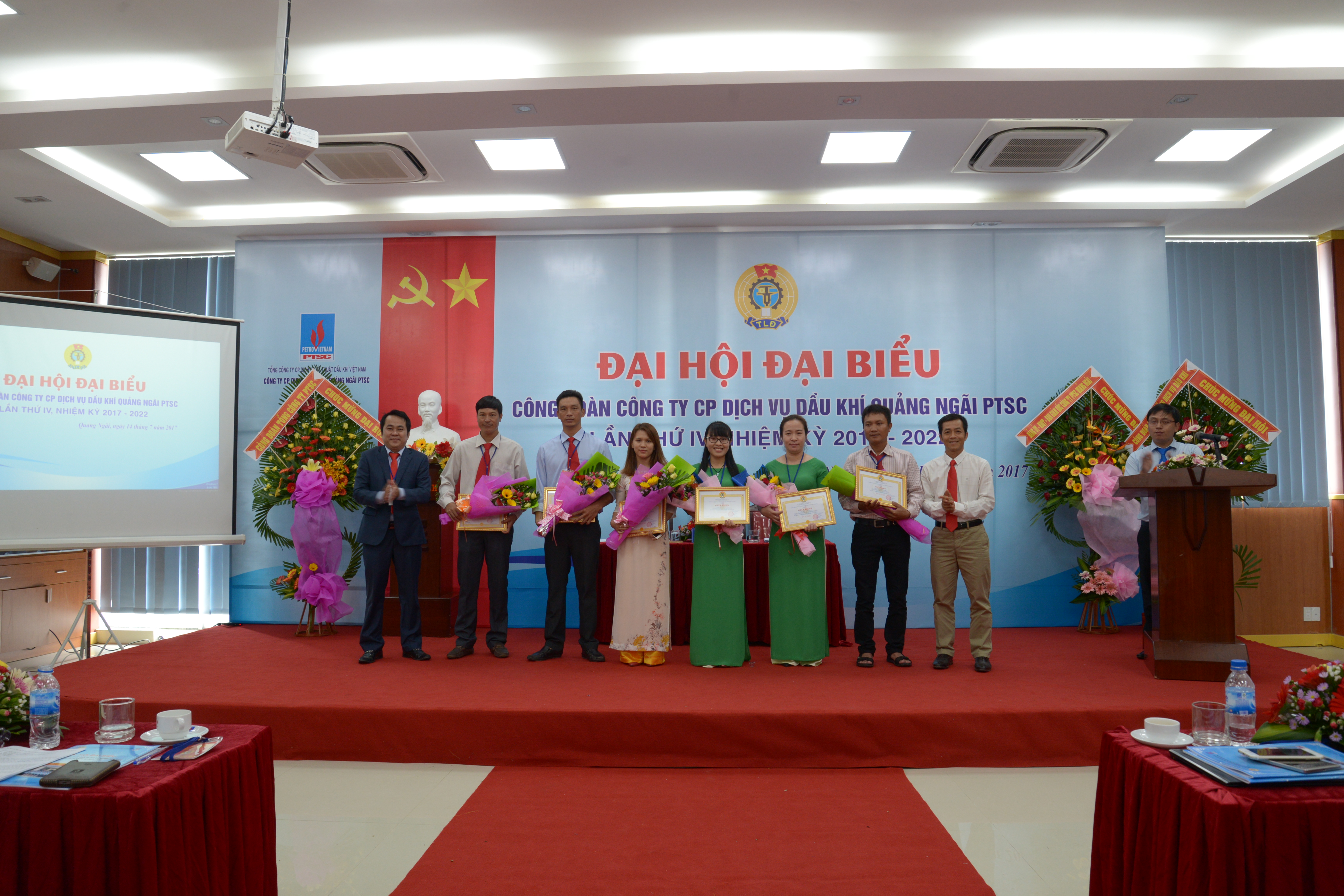