In the afternoon of December 31, 2016 at the hall of Thien An Riverside Hotel, Mr. Pham Van Hung – Director of PTSC Quang Ngai attended the social welfare support program for people in Quang Ngai province, who were severely damaged by floods in early December 2016. The program was organized by comrade Nguyen Hoa Binh, Secretary of the Party Central Committee, Chief Justice of the Supreme People’s Court, and deputies of the 14th provincial National Assembly delegation who have mobilized funding support for implementation. 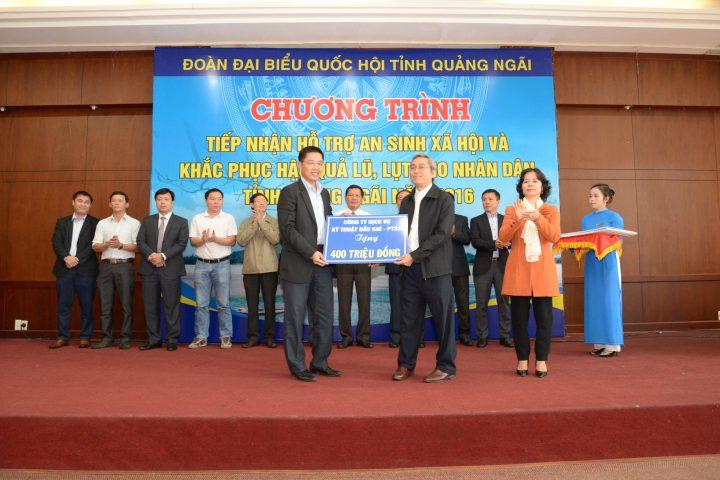 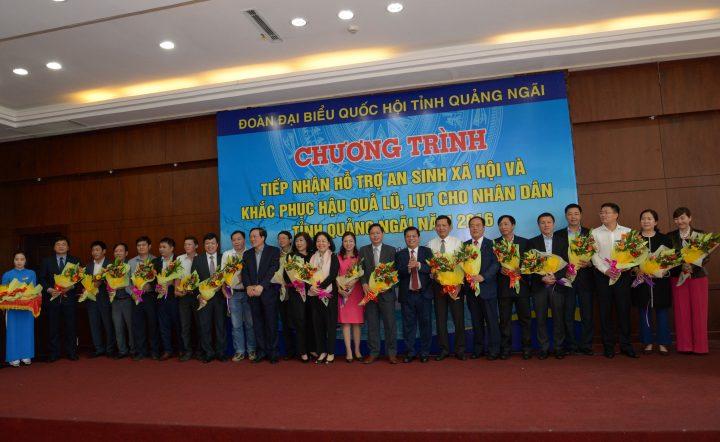 At the program, Mr. Pham Van Hung – Director of PTSC Quang Ngai on behalf of the whole company presented an amount of VND 400 million to the provincial Vietnam Fatherland Front Committee and the provincial National Assembly Delegation to timely support the people damaged severely during the floods and the social policy beneficiaries, poor households, students in difficult circumstances in the province. During the last flood in Quang Ngai province, 9 people died, 4 people were missing, 34 people were injured, nearly 210 houses were seriously damaged and affected to relocate, more than 28,500 houses were deeply submerged in the water, nearly 6,000 ha of rice and vegetables were completely damaged, nearly 800,000 cattle and poultry were swept away.

In addition, many transport infrastructure, irrigation, healthcare, education, clean water supply, etc. were seriously damaged. The total value of damage is estimated at VND 880 billion. It is known that in this support, organizations and businesses have donated nearly VND 35 billion to the provincial Vietnam Fatherland Front Committee and the provincial NA’s delegation to timely support people seriously damaged in floods and other policy beneficiaries, poor households, students with difficult circumstances in the province.

This is a great motivation for the people of Quang Ngai to strive to escape poverty and develop sustainably; At the same time, in the coming time, PTSC Quang Ngai as well as businesses will continue to accompany in the social welfare support programs to help the poor have a more stable life.