On April 2, 2018, PTSC Quang Ngai held the Annual General Meeting of Shareholders in 2017 with the participation of the Board of Directors, the Supervisory Board, the Board of Management of the Company and the shareholders representing 29,765,600 shares, accounting for 99,219% of the total shares of the Company. The annual general meeting of shareholders of PTSC Quang Ngai in 2017 also discussed and unanimously voted to approve the reports and submitting letters in accordance with the order prescribed by law and the Company’s charter, including: Newspaper Summary report on business activities in 2017 and Plan for 2018; Summary report on activities of 2017 and the 2018 Plan of the Board of Directors; Supervision inspection report in 2017 and Supervision inspection plan in 2018 of the Supervisory Board; Audited financial statements of 2017 and selection of auditing units for 2018; Statement of profit distribution in 2017 and financial plan for 2018; Statement of appointment of Board Member & Supervisory Board; Statement of remuneration for members of the Board of Directors and Supervisory Board in 2017; Statement of amendments to the Company’s Charter.

With a high proportion of votes for the program content, the Annual General Meeting of Shareholders of PTSC Quang Ngai was successful. The Board of Directors and employees of the Company determine that there will be many difficulties and challenges in achieving the business goals but believe that the plan approved by the General Meeting of Shareholders will be fulfilled. 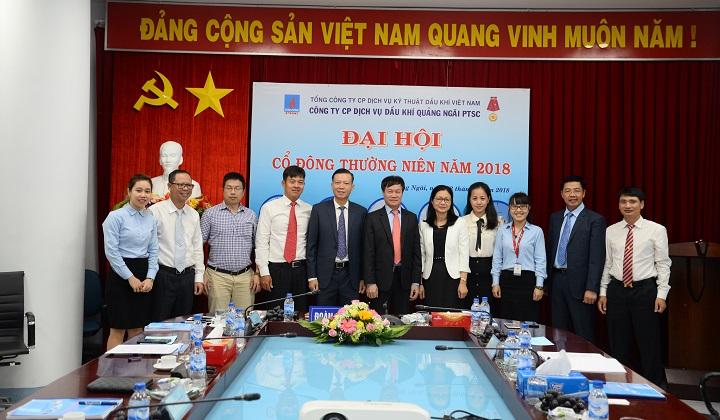 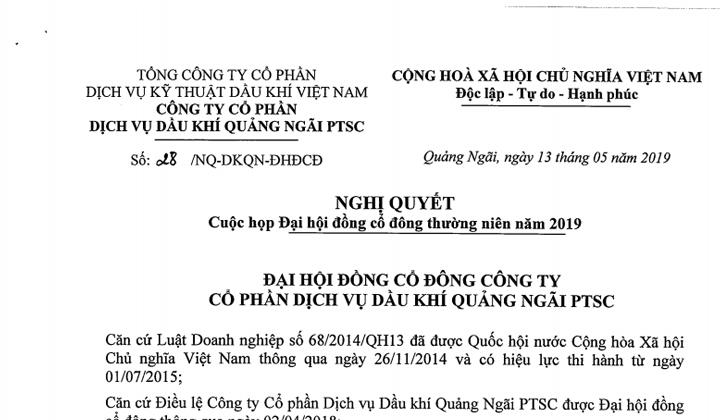